Liane has written three books for children about the ‘Space Brigade’. They appeal to both girls and boys aged from 7-12. They all feature ‘Nicola Berry’ – a feisty young girl who is leader of the Space Brigade. Click on the books below to find out more! 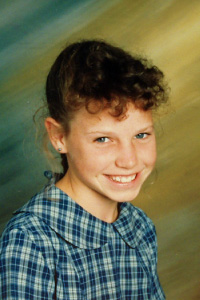 Many years ago, when Liane was working in an office, she stayed back after work each night to write a story for her younger sister’s tenth birthday. Naturally enough, her sister Nicola was the leading character.

The story was an intergalactic adventure and it began with a visitor from outer space interrupting a boring lesson and choosing Nicola for an important mission. (When Liane was at school she always fantasized about something amazing happening that would allow her to escape.) It also included a character called Sean, based on Liane and Nicola’s brother. Years later, when Liane should have been writing her third novel for adults, she was speaking to her sister Nicola (now a grown-up) on the phone. Nicola said, “You should pull out that story you wrote for me when I was ten. I loved that story.” So that’s exactly what Liane did. She found the story and rewrote it completely. (Her writing had improved in the last fifteen years). She made it longer and added more characters. It became the first book in the “Space Brigade’ series.