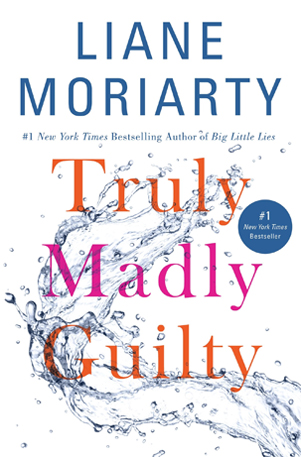 What if they just said no?

What if they hadn’t gone? That’s the question Clementine Hart can’t stop asking herself. It was just an ordinary backyard barbeque on a Sunday afternoon. They didn’t know their hosts that well. They were friends of friends. They could so easily have said no.

But she and her husband Sam said yes, and now it’s two months later, it won’t stop raining and they can never change what they did and didn’t do that beautiful winter’s day.

Truly Madly Guilty, Liane Moriarty takes on some of the most fundamental relationships in our lives: marriage, sex, parenthood, and friendship. She shows how guilt can expose the fault lines in the most seemingly strong relationships, how what we don’t say can be more powerful than what we do, and how too often we don’t appreciate how extraordinary our ordinary lives are until it’s too late.

It was just an ordinary Sunday afternoon…