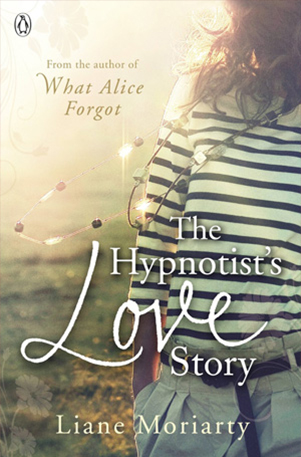 Ellen O’Farrell is a professional hypnotherapist who works out of the eccentric beachfront home she inherited from her grandparents. It’s a nice life, except for her tumultuous relationship history. She’s stoic about it, but at this point, Ellen wouldn’t mind a lasting one. When she meets Patrick, she’s optimistic. He’s attractive, single, employed, and best of all, he seems to like her back.

Then comes that dreaded moment: He thinks they should have a talk. Braced for the worst, Ellen is pleasantly surprised. It turns out that Patrick’s ex-girlfriend is stalking him. Ellen thinks, Actually, that’s kind of interesting. She’s dating someone worth stalking. She’s intrigued by the woman’s motives. In fact, she’d even love to meet her.

Ellen doesn’t know it, but she already has.

What the reviewers said

“The subject is dark and obsessive, told with a lightness of touch that illuminates but never trivialises.”

“A compelling love triangle is a the centre of this romance with an edge, the latest triumph from best-selling Liane Moriarty”

“A witty modern love story in the age of cohabitation, blended families and second chances, this is a compassionate, absorbing tale.”

“Many years ago I went out with a man who was being stalked by his ex-girlfriend. I was intrigued…”

After all, when you think of a stalker the image that normally comes to mind is a creepy (probably hairy) man lurking in basement. How could a seemingly normal, successful career woman behave in this extraordinary way? I wrote down the words “Ordinary Stalker” as a possible idea for a novel. I wanted to create a believable, flawed character who is stalking a previous partner. Another subject that had always intrigued me is hypnotism. I decided the novel’s other main character would be a hypnotherapist. It was a wonderful excuse to go off and get myself hypnotised all in the name of research.

The result is The Hypnotist’s Love Story. It’s about Ellen, a hypnotherapist, who begins a relationship with a single father who is being stalked by his ex-girlfriend Saskia. After I wrote the first three chapters, I thought, Mmm, I think I’m accidentally writing a thriller. But although it does have elements of suspense, The Hypnotist’s Love Story is really a contemporary story about the murky areas between right and wrong, and the lines we’ll cross for love.